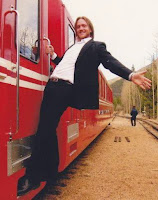 I am a Software Developer. I specialize in System Test Engineering and Video Game Development.

I have 15 + years of testing experience. I began in college at Florida Tech in 2003 when I joined the Center for Software Testing Education and Research (CSTER) as a research assistant under Dr. Cem Kaner. It laid the foundation for the career that I have built and I am lucky to have stumbled into it.

I learned a great deal from Dr. Kaner and his allies in the field - such as James Bach, Mike Kelly, and Michael Bolton. I am ever grateful for the exposure I got to these great minds and they still influence my career to this day.

At FL Tech, I was able to study testing while getting my degree in Computer Science. I took courses in Black Box Software Testing and Test Driven Development. I attended a few testing conferences held at the university and did studies on bugs, bug catalogs, and how people learn testing.

I have elaborated on the project work I have done in a blog post. Check them out.

I have been a hobbyist video game developer since high school when I programmed my first complete video game on a TI-86+ calculator. It was a text based zombie RPG. You travel through your neighborhood via menu selection and fight zombies in a turn based battle. I had 2 images for animating the destruction of a zombie corpse, everything else was text. You could use the money you collect to restore health, buy better weapons, and buy transportation to other levels. I was fond of the SNES game Zombies Ate My Neighbors and named it after that game. I wish I still had this saved somewhere.

I worked on a senior project in college in which I merged video games with a virtual tour. It was called VFIT.  I was really interested in this virtual tour idea at the time and I pitched it to the admissions department as a tool for recruiting students. I was able to get some initial funding and present it to many different areas of the college. I wasn't always successful, but I basically created my own job to help fund myself through 2 years of college. I got several students interested in 3D modeling to help create models of the campus. I was able to use these to create a map that was used by admissions. This turned into a senior project that won some awards. We created some impressive proximity based algorithms for displaying content to players. I used what I learned about agile project development to lead a small team. I loved the work we did but it didn't continue on after I graduated.

I published my first console game for XBOX called Satellites, a laser chess strategy game based off the board game KHET. I started this as an entry for the Microsoft Dream, Build, Play contest and as a way to experiment and learn XNA, Microsoft's game development API. I didn't win but I had a blast, learned a ton, and made a bit of money. I am still very proud of the AI I created for the highest difficulty setting - I would dare you to try and beat it. but XBOX cancelled their Independent Game section so it is no longer available.